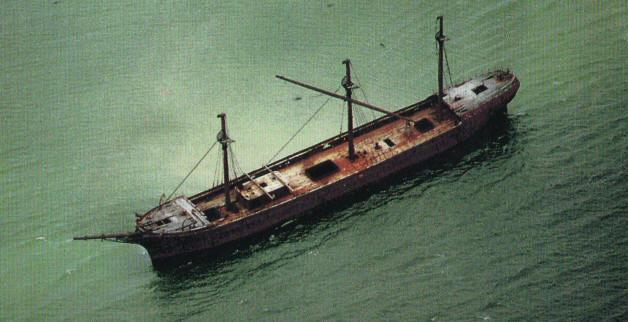 In the 1980's I was stationed in the Falkland Islands with the British Army.  During my period in Port Stanley I noticed the hulk of an old three masted sailing ship, the Lady Elizabeth, at Whalebone Cove at the east end of Stanley Harbour. I became interested in the ship when I found that we were both the product of the same town, Sunderland in the north of England.

Over the three and a half years I spent on the islands I gathered lots of information on the ship from various sources including museums.  I have also been onboard and inside the ship twice and the photographs are the result of the latter visit.  I am more than happy to have contributed this material to Mori's website.

On Mori's website there is an old black and white photograph of the ship alongside a jetty.  I have a theory about this picture.  On the other photographs of the ship there is a white 'strip' on the upper hull behind the bowsprit with the ship's name on it.  However, on the 'Lady Elizabeth alongside' photograph the name is missing - has she yet to be named ?
I have also noticed that the buildings behind the ship are typical of north of England industrial architecture of the period.  Could this be a picture of a newly built Lady Elizabeth alongside in Sunderland ?

Having commented on a bit of the history of the ship I would like to comment on her future.  In the seventies the Americans tried to 'save' a ship by returning it to the USA, I believe it was called the 'Fennia'.  However, they ran out of funding half way up the Atlantic and the ship ended up in a South American scrapyard, much to the dismay of the 'Kelpers' (Falkland Islanders).  In the case of the Liz, I understand that a number of years ago there was a proposal to return her to the UK and restore her but this was given the 'thumbs down' by the Governing Council of the islands.

I am aware that the islanders consider the numerous wrecks and hulks around their coast to be part of their own heritage.  The Lady Elizabeth is the best preserved of them all, she is very close to Port Stanley, and it would take a lot to persuade them to release her.  Perhaps we should remember that the Lady Elizabeth, along with the other hulks, are as much a part of the Falklands heritage and scenery as sheep farming and penguins.  However, having said that, it would be nice to see the ship somehow protected against further deterioration.

In conclusion, did you know that:

* Liz appeared on a 1982 Falkland Islands postage stamp ?
* Liz is to feature in the next Harry Potter movie which is to be filmed in the Falklands ?
* Liz was used by the SAS to spy on the Argentinians during the 1982 war ?
* Liz had her upper masts removed because they were a danger to aircraft taking off from the nearby airfield ?
* You can 'swoop' over the Liz on Google Earth ?
* Liz rolls from side to side in a moderate wind ?
* Onboard Liz, in 1884, a 60 year old seaman named William Leech fell from aloft and died from his injuries ?

I enjoyed writing this article for Mori's website.  By the way, I was joking about The Harry Potter movie.

Map of Falkland Islands showing the location of the Lady Elizabeth 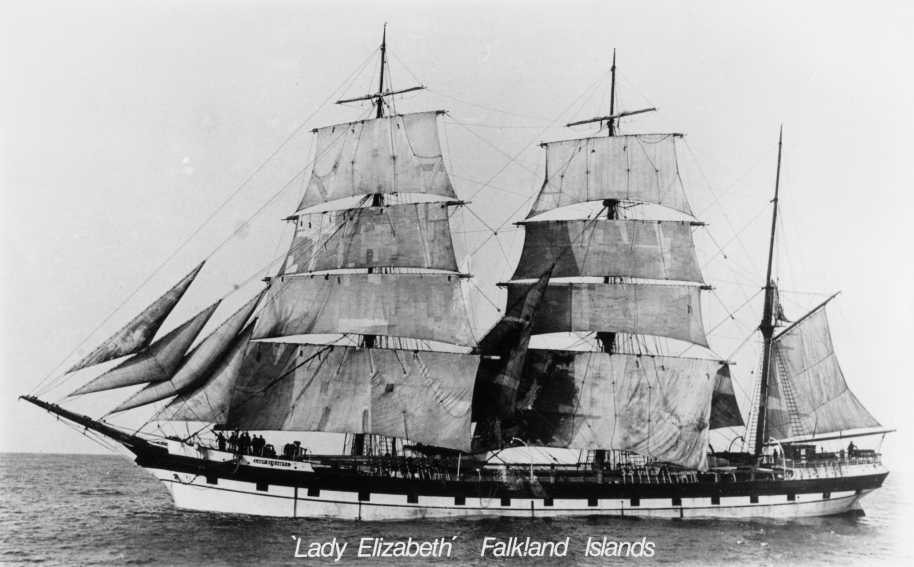 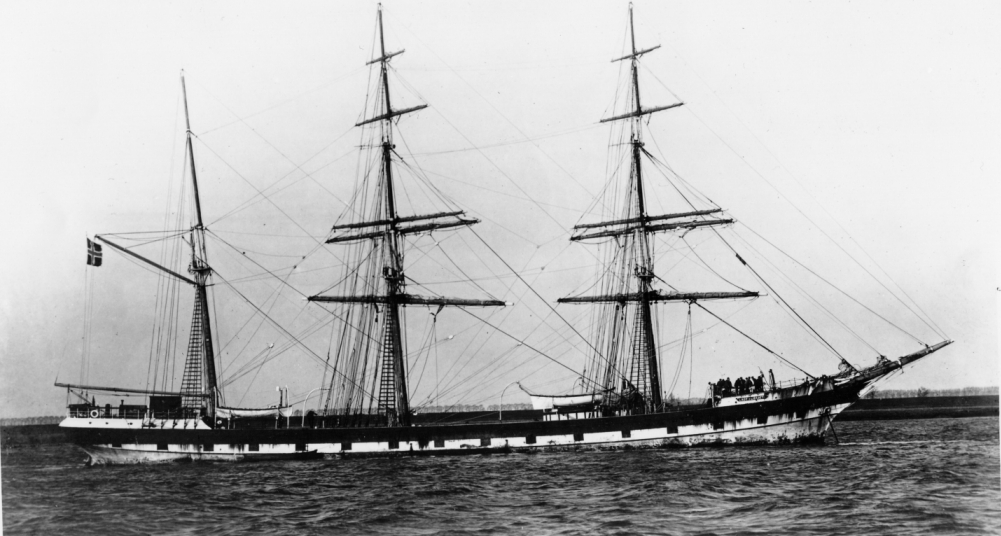